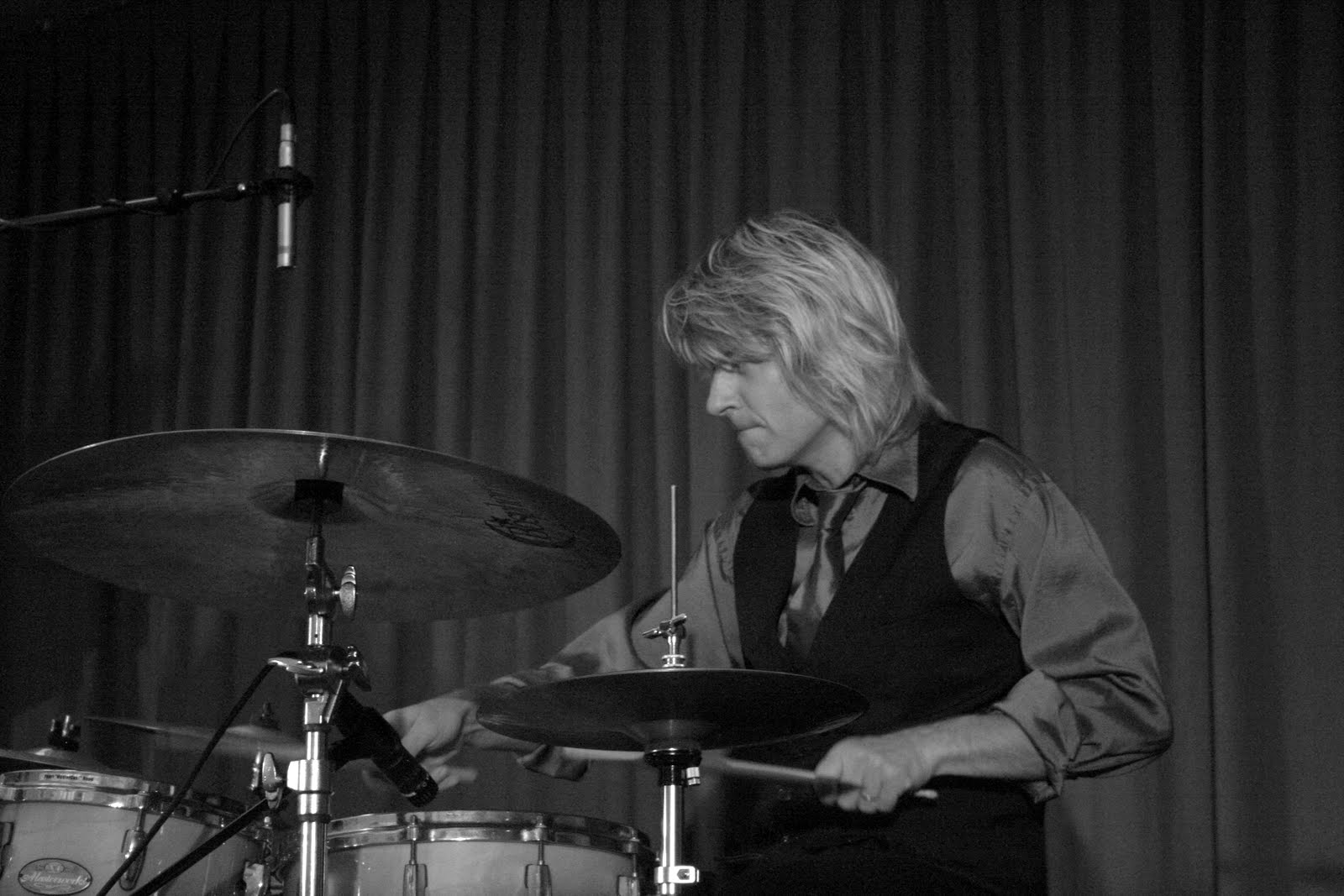 He’ s studied at the Conservatoire National de région de Toulouse where he was awarded the Golden Medals, drums, recorder and chamber music.

Fascinated by pedagogy, he won two ‘’ Diplômes d’ état ‘’ ( state diplomas ) in jazz and percussions as well as two ‘’ Certificats d’aptitude ‘’ – C.A. ( Certificates of capacity ) in jazz and modern music. He was the first drummer to ever obtain the C.A. of modern music.

He’s a teacher at the Conservatoire National de région de Toulouse. There, he is in charge of the department jazz, improvised and modern music.
He also leads the drums class and manages the Academy’s big-band.

As a professional musician of classic, jazz and rock music, he regulary plays with the Capitole’s National Orchestra of Toulouse and with the National Chamber Orchestra of Toulouse.
He plays also with many various bands ( Too Much, Mama Got Five…) in many clubs ( The Cavern club in Liverpool, The knitting factory and the joint club in Hollywood-Los Angeles-US, The costello club in Madrid…) and jazz festivals with many musicians ( Hermeto Pascoal, Phil Woods, Daniel Huck, René Mailhe, Mr B., Franck Mushalle, Paul Challain Ferret, Crésus, Trilogiestick, Jacques Adamo, Claude Egéa, Olivier Temine, Philippe Lejeune, Wynton Marsalis, Ricky Nye…)

He is also the musical manager of several projects: he was the conductor for the ‘’ Phil Woods with strings ‘’ concert in Marciac’s jazz festival ( Jazz in Marciac ) . He also conducted the Big-Band for Hermeto Pascoal’s performance during the Rio Loco’s festival in Toulouse.

With many strings to his bow, he’s also played as studio musician on many records of classical music but jazz and rock music.